Not to be mean or anything, but in primary school I was classmates with this girl called Joanne whose head was shaped like a ground nut. 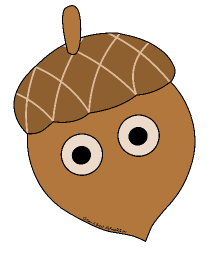 So being the cruel kids that we all were at some point and time, we naturally called her Joanne Nut Head. But in Swahili it sounds worse. Joanne Kisogo Njugu. Of course Joanne hated that name. She would get so upset if anyone called her by that name and some of us respected that. Others didn’t.

Like one girl (I have forgotten what her name was, let’s call her Lucy) who dared call Joanne that name to her face while playing a game during break time. I was in Class 7 at the time and Hipilicious was in Class 5 and we both attended the same school. I was also a ‘cop‘ meaning that I was a school prefect and I took it to mean that I ruled the field… hehehehehe…… So Lucy dared call Joanne by the hated name and to say the least, Joanne was very upset with her. Joanne was so upset that she decided that if Lucy didn’t apologize in the same loud fashion that she had used to address her by the dreaded name, there was would be some sort of chaos all around Lucy’s face and body…

Lucy didn’t apologise and she refused to be the only person in the entire school who had to apologise for using that name. And Joanne kept her promise. She started creating chaos around Lucy’s face and body. In other words, I was jolted out of my relaxed break time by shouts of  ‘Fight!!!! Fight!!!! Fight!!!’ Darn, as a cop, I couldn’t participate in the chanting so I ran to the ‘crime scene’ to stop the fight. I was very tall and this had always been an asset because people mistook it for strength. So when I got there, I got into the thick of the fight and separated the two girls. Since everyone was not about to miss in on a fight, the late comers could only see me in the middle shouting at some unseen person/people and word quickly went round that I was in a fight with someone.

The grapevine didn’t fail to deliver the news to Hipilicious and the news delivered was that: her sister was in a fight with Joanne and since she was doing a lot of talking, it seemed that she was losing the fight to Joanne. To this day, I cannot quite explain what happened next. One second, I was trying to tell Joanne that she shouldn’t be fighting people over a name that she has no control over, the next second, she had gone flying and was on the ground. Who watched Avengers? If you did, the same manner and fashion that Hulk worked on Loki was how Joanne was dealt with by Hipilicious! In the few seconds of shock at what was happening, Joanne had moved from regular nut head to very dirty and bloody nut head. I think she had to be carried to the school dispensary.

And for the life of me, I couldn’t explain how it went from me stopping a fight to me being in the headteachers office (while Joanne was getting first aid),  having to answer the head teacher’s question, ‘Njenva, tell me the truth. Everyone says you were in the middle of the fight, but you are not dirty. Joanne is very dirty and has been badly hurt. Who beat her up? And please stop lying and telling me that it was Hipilicious. She is so tiny, there is no way she beat up someone 2 classes ahead of her. You are a prefect. Say the truth. Who beat up Joanne?‘